The Colt CM5 carbine went on sale today at Arms Unlimited. The quantity is limited. 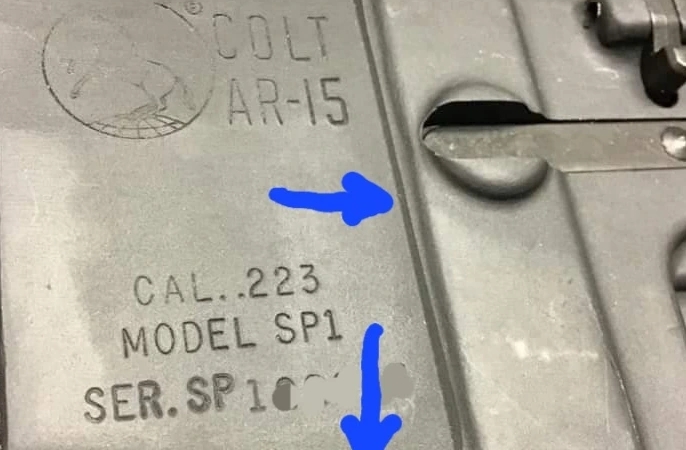 I was clearing out some old account messages and I came across these two images of Colt lower receivers that have had ‘rollmark repair’ done to them.

This process is done in the factory after an initial rollmark is applied with some type of defect occurring. To correct this, a thin layer of material is machined away and a new rollmark is applied. This leaves the small ridge that is pointed out by the blue arrows. 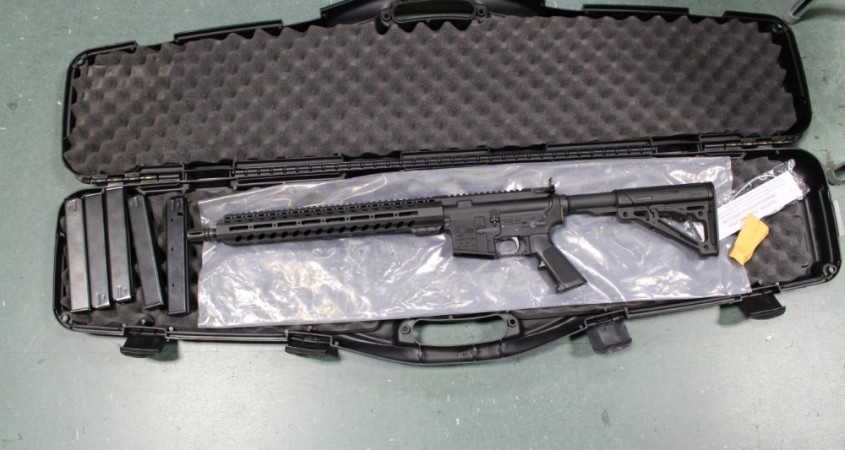 I don’t talk on here much about Colt Competition rifles. Although they were not assembled in Hartford, they are Colt licensed and thus a part of Colt AR history and I really need to start capturing more of the details of the Colt Competition line.

Having said that, I came across this GB listing today of what appears to be Colt Competition 9mm rifle. I have a Colt Competition 2015 catalog (posted here in my account) and it does not show 9mm models that year which made this even more interesting to me.

I believe the rifle is probably in the factory configuration (other than having five 9mm mags…it would not have come with that many). You can see more information on this Colt Competition carbine here on the site at this link: https://thecoltar15resource.com/colt-competition-9mm-carbine/

I also uploaded images of the 2015 Colt Competition product catalog today. You can see those images at this link: https://thecoltar15resource.com/colt-competition-2015/

A new chapter in the on-going history of Colt part markings. This disconnector, which is marked with the Colt CAGE code (13629) and a ‘C’, came in the recently purchased Colt Spares Kit Hammer & Trigger item # SPK99795.

These markings on the disconnector are something new to me. I had not seen this before.

This set was purchased from Arms Unlimited.

If you have any questions, comment below and I will answer them as soon as I am able.

A friend of mine and fellow collector did a great job of putting back together a USMC Colt prototype. Here is his description.

“This was the M16 AR (automatic rifle) designed for the Marine corp trials in the 90’s. This lower was the original prototype X serial and they made I believe 5 others with just the MC prefix

The lower is an original lower that was demilled and then rewelded so the front half is original. The upper is also an original prototype flattop upper and the barrel assembly is a normal Diemaco LMG which was used. The bipod was the last piece I needed and was just used with an m60 bipod.

The FCG was an open bolt with just safe and fire so I have an original open bolt bolt catch and an open bolt notched carrier in it as well. The other pieces are colt standard semi.

Colt on the Internet:

Colt Collectors Association on the Internet: